ANIMAL-FREE RESEARCH IN THE 21ST CENTURY

A decade ago, in 2009, the first publications arose describing for the first time the cultivation of human-derived mini organs, so-called organoids. Ever since, the accelerating field of human three-dimensional tissue culture has opened new avenues for biomedical applications and has given rise to a multitude of ground-breaking approaches such as organ-on-a-chip systems and personalised medicine. These technologies have the potential to finally end animal experimentation – the journey has just begun.

Organoids are organ-like structures that are grown in the laboratory from human-derived stem cells. These stem cells can be either isolated from tissue biopsies or generated based on hair follicle cells or skin fibroblasts. The latter approach has the advantage of being non-invasive to the human donor as the mature cells are reprogrammed by genetic engineering yielding induced pluripotent stem cells (iPSC). Depending on the culture conditions, basically every organ of the human body can be grown in the lab from iPSC. Specific growth factors added to the culture medium determine the fate of the stem cells shifting the development towards the formation of a kidney, intestine, brain or liver organoid for instance. The organoids are three-dimensional organ-like structures harbouring multiple cell types that are organized in a physiological architecture. The human mini-organs, mostly around half a millimetre in size, share the main functional features of the native organ and conserve the genetic and phenotypical characteristics of the human donor. Accordingly, organoids are grown from healthy donors or from patients suffering from a certain disease (1). This strategy allows the establishment of a revolutionary concept of disease models for experimental biomedical research. Mini brains are generated from patients suffering from Alzheimer’s or Parkinson’s disease, pancreatic organoids from diabetic patients, intestinal organoids from people suffering from Chron’s or inflammatory bowel disease, 3D lung models are generated from smokers and COPD (chronic obstructive pulmonary disease) or asthma patients. Applications of these models are countless, and so are the benefits which they brought to biomedical research within the past ten years. Brain organoids derived from human iPSCs can develop brain tumours (2), e.g. by adding human brain cancer cells (3). Organoids derived from patients suffering from a genetic disorder conserve the genetic mutations in vitro. Correction of this mutation by genetic engineering such as CRISPR/Cas9 restores the proper function of the organoid. For instance, intestinal organoids from healthy donors are swelling upon treatment with a substance called cAMP. The functional protein mediating this effect is lacking in cystic fibrosis patients. Organoids generated from these patients did thus not display cAMP-induced swelling in vitro, genetic correction of the mutation in the organoids however restored this response (4). Personalised medicine is already available for cancer patients: organoids are grown from tumour biopsies and drugs are tested on these so-called microtumours in order to identify the most effective therapy which is finally given to the patient (5,6). Such models give valuable insights into the real disease and enable the reliable investigation of the underlying molecular mechanisms and the effective development of therapeutic approaches.

Recognising the failure of animal experiments

In the recent past, scientific experts from academia and industry have increasingly criticized animal-based disease models. There is no doubt that these models poorly reflect complex human diseases such as Alzheimer’s disease, diabetes or cancer. Many so-called “animal models” try to mimic a certain aspect or symptom of a human disease by artificially harming animals. For example, diabetes is simulated by injecting a substance into rats which destroys the insulin producing cells in the pancreas. Stroke is evoked in mice by occluding a brain artery or Parkinson’s disease by injecting a poison into the brain of rats or non-human primates. However, these models do not resemble the complexity of human diseases which are often caused or at least massively influenced by life-style, psychological and social factors. Many animal models of human diseases including Alzheimer’s disease or cancer are generated by genetic engineering. Genes that have been found to be associated with a certain disorder in human patients are knocked out or inserted into the genome of mice, rats or other animals. Instead of effectively improving human health and driving the understanding and therapy of human diseases this research strategy provides huge amounts of false positive and false negative results. Countless articles have been published in the last decades claiming that cancer, diabetes or other diseases have successfully been cured in mice or other animals. Despite all these supposed success stories, we are still far away from understanding widespread diseases or curing patients effectively.

The human body on a chip

There is no doubt that we need human-based model systems if we want to produce human-relevant data for medical, pharmacological or toxicological purposes. Human organoids and other three-dimensional human cell culture models are the most promising approaches that we ever had and combined with the organ-on-a-chip technology offer a robust and reliable system to study human-relevant issues (7).

Many animal models of human diseases including Alzheimer’s disease or cancer are generated by genetic engineering. Genes that have been found to be associated with a certain disorder in human patients are knocked out or inserted into the genome of mice, rats or other animals. Instead of effectively improving human health and driving the understanding and therapy of human diseases this research strategy provides huge amounts of false positive and false negative results. Countless articles have been published in the last decades claiming that cancer, diabetes or other diseases have successfully been cured in mice or other animals. Despite all these supposed success stories, we are still far away from understanding widespread diseases or curing patients effectively.

Organ-on-a-chip for industrial and regulatory purposes

The OOC system offers numerous advantages over animal experiments. Besides the better reliability of the experimental outcomes, the OOC technology offers high-throughput screening and is more time- and cost-effective over animal experiments which is highly appreciated by the pharmaceutical industry. Furthermore, testing of drug candidates via OOC requires much smaller amounts of the test substance compared to animal studies. The production of novel pharmacological compounds is a major cost factor in the drug development pipeline. Due to all these advantages, a number of global pharmaceutical companies support the development of organoid models and OOC by financing and collaborating with research institutes and OOC companies. Human safety assessment is crucial in the regulatory sector when it comes to toxicological evaluation of novel food compounds, medical products and other consumer products. For many years, the Food and Drug Administration (FDA) in the United States has been running different project for the validation of human organoid models and OOC systems for regulatory purposes (9). In the European Union, animal experiments have been banned for the testing of cosmetics and marketing of such products in the EU is prohibited since 2014. The European Centre for the Validation of Alternative Methods (ECVAM) is responsible for the assessment of in vitro methods for regulatory risk assessment. The agency has already approved several human 3D tissue models for regulatory purposes and is continuously evaluating new in vitro systems for the replacement of in vivo animal testing (10). 3D models of human skin, lung and cornea are commercially available and accepted for safety assessment (11). These tissue cultures are generated from primary human cells and impressively mimic the native epithelia of the human body. Skin models are available with different amounts of melanocytes representing different ethnical groups and lung models are derived from different regions of the human airway system such as bronchial or alveolar models. The 3D bioprinting technology enables fast and accurate generation of such human tissue models (12). Artificial human skin equivalents can be printed with impressive complexity including vascularisation, hair follicles and sweat glands (13).

While Germany is still massively supporting animal experimentation, other countries have seen the writing on the wall and are progressively heading towards an animal-free science and the establishment of innovative human-based technologies. In the Netherlands, animal experiments are supposed to be banned in the regulatory safety assessment of chemicals, drugs, food additives etc. until 2025 (14). Human-based research models will be used instead, providing more reliability and safety. Although OOC systems come very close to human physiology, lots of researchers criticize that animal experiments are necessary in order to assess certain effects of drugs etc. in a complete living organism. Main arguments are the lack of a vascular system and a functional immune system in OOC. Currently, prominent developments in OOC research and organoid models are the addition of immune cells and the integration of vascular systems. A human complex immune system on a chip containing different immune cells and also blood vessels, has already been developed and recently been sent to the ISS (International Space Station) Laboratory within a project supported by the NASA (National Aeronautics and Space Administration). Other OOC models such as a neuronal system or a blood-brain-barrier model on a chip will also be sent to the space station laboratory to answer different human-relevant scientific questions (15).

Heading towards an animal-free research

The vision of an animal-free research is close. Human organoid models and advanced OOC systems can be combined with in silico approaches. In silico means complex computer-based models that precisely predict so-called ADME processes in toxicological research, so physiological parameters related to the absorption, distribution, metabolism and excretion of compounds with an impressive success rate (16). It has been proven that in silico approaches provide a far better predictability in toxicology testing compared to animal experiments (17,18). Such approaches complemented by human clinical and epidemiological studies offer a research portfolio that is capable of reliably investigating human-relevant issues related to health and disease. Finally, animal experiments need to be ended to pave the way for a new scientific era – for the sake of human safety and medical progress.

The failure of animal experiments 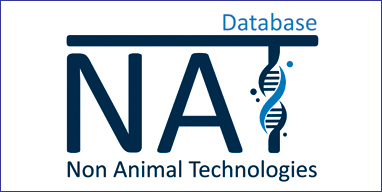