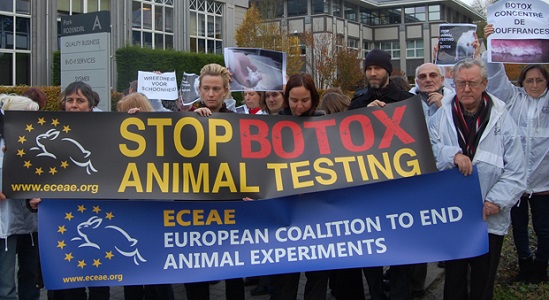 Mice are subjected to a cruel death every year to test botox products. Please support our campaign! Read More >> 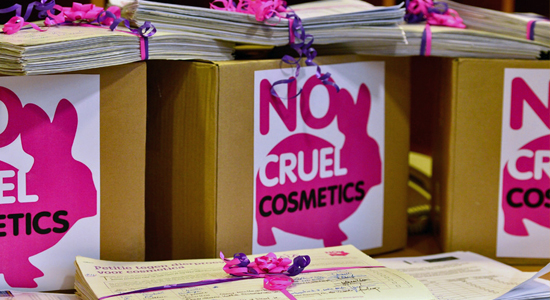 The range of toxicity tests carried out for cosmetic products includes about a dozen extremely cruel and painful animal experiments, but aren't really necessary. Read More >> 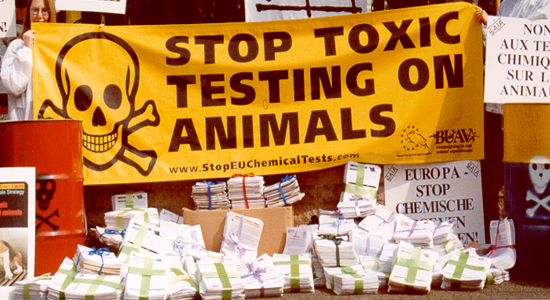 The ECEAE was successful in campaigning for some life-saving amendments to the REACH legislation. Thanks to five years of intensive ECEAE lobbying, the use of alternatives has been placed centrally in the legislation. Read More >>

Many of the primates used in European laboratories are imported from countries outside of the EU. Years of protests from the ECEAE has caused almost all airlines to stop transporting monkeys. The dirty business is now operated only by a few airlines, including Air France as the last European passenger airline. Read More >>